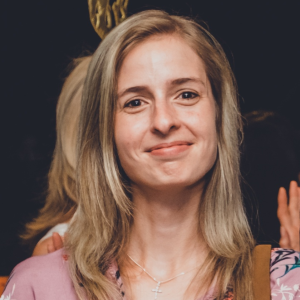 Most companies have realised the importance of validating designs with actual users by now, so usability testing is a very common task in the design and development of digital solutions. In this post, we focus on Eye Tracking, and how it can be used to supplement validation of designs with users.

What is Usability Testing?

Usability Testing (also known as User Testing) is one of the most implemented user-centered-design techniques. When a UX designer is committed to creating great experiences for users, usability testing is a critical task. However, what does it mean if something is ‘usable’? Researchers Rubin and Chisnell described “usability” as, “when the user can do what he or she wants to do the way he or she expects to be able to do it, without hindrance, hesitation, or questions,” ‘Handbook of Usability Testing’ published in 2008. Usability testing ensures that this happens, by testing designs (or a live system) with actual users, to identify any possible issues that may prohibit them from achieving these goals.

What is Eye Tracking?

Eye tracking is the process in which sensors are used to capture and measure a user’s gaze while they are using a system (e.g. an app or website). The eye tracker will record any movement or fixation of a user’s eye while they are using an application. The sensors work by using a near-infrared light to cast a reflection over a user’s eyes, more specifically the pupil and the cornea. This reflection is harmless to the user, but allows the sensors to track a user’s corneal movements and saccades. A user’s eyes are captured through a calibration process, where the eye tracker maps a user’s unique gaze patterns.

Through eye tracking, one can determine user fixation and gaze patterns and overall product ease of use and navigability. For instance, if a designer asks a user to perform a specific task (e.g. how would make a reservation), the eye tracker will show where the user looks and how deeply they look at each point as they attempt to perform the task.

How can Eye Tracking enhance the User Testing process?

A common issue with User Testing is that some users are not 100% honest when providing feedback. This can be caused by them feeling nervous, or they feel under pressure to “perform well” in the test. A good facilitator should be able to put the user at ease and explain to them that there is no benefit to the testing if they are not honest, and that the users are not being evaluated. Eye Tracking helps to overcome this challenge because it will show when the user did not find something easily and also shows how long it actually took them to find it.

Screen based eye trackers are attached to the bottom of a screen in order to do eye tracking tests on any computer-based application. These eye trackers allow for a user to be uninhibited while performing the test and they can be at a reasonable distance from the screen.

Eye tracking glasses are placed on a user’s head, just as normal glasses would be, and have sensors attached to the lenses as unobtrusively as possible. The glasses allow for testing to be, ‘taken out of the lab’. The researcher can see and hear exactly what the user does while they have the glasses on. The glasses can be used for a variety of things such as mobile applications, eye tracking while driving or even to study consumer behaviour in stores.

Specialised software is offered by eye tracker manufacturers in order to analyse the results. This software is used to create heat maps and gaze plots (as seen in the images below, from a recent study Sand Dollar Design conducted for Vodacom’s new video on demand platform, called Video Play) that show a clear picture of where the user was looking at any moment. This can be used in conjunction with task based testing, probing and user interviews during and after the test, to get an overall understanding of the system being tested.

Eye-tracking is immensely useful to evaluate visual efficiency and can reveal visual patterns in a design.

Eye tracking is a useful research method for complex systems where a variety of functions can be performed or where new elements are introduced that the intended end-user group may not be aware of. However, for apps that are common such as a messaging app or a web-store, it might not be necessary unless an irregular design is followed.

Eye tracking devices can be quite costly – anything from around $10 000 upwards, with additional costs for processing software licenses. This can be a steep amount for organisations, especially where UX and User Research is not a core function. In this case, eye tracking can be outsourced to an external organisation that offers these tools.

Eye tracking studies also require a lot of time and effort to analyse and identify insights – both from a software processing time, which places similar load on a computer to video rendering, for hours at a time, as well as for the researched to analyse and identify which patterns that were identified are actually meaningful within the context of the study.

What are the common patterns that users display?

Users will, depending on their geographic location, ‘read’ a website or app in a certain pattern, usually starting at the leftmost corner and then moving to the right before repeating the same pattern downwards – this is known as an “F Pattern”.

Apart from the F-Pattern, users will typically focus more on items that are:

So, when should I use Eye Tracking in addition to traditional User Testing?

Eye tracking may be used when visual styling  of an element, or ‘timing’ of an interaction needs to be tested. If, for instance, we want to evaluate whether a specific component is useful in attracting user attention or how long it took a user to notice something, eye tracking can be used.

It can also be used to evaluate the success of visual changes on the same screen if something is only ‘active’ after a user has completed a specific task. Another use of eye tracking, specifically heat maps, is to evaluate user fixation or attention-focus on a screen. By knowing where a user focuses their attention, you can determine areas of confusion or opportunities.

Eye tracking is a very valuable tool and addition to usability testing when it is relevant to the type of validation that is required from user testing, such as when you are trying to see if your users will notice your key “call to action” or a new marketing banner, or whether the interactions you want to add are actually efficient. As with user testing, it’s always better to identify whether something works during design, rather than when it’s already being developed, or live.

If you are interested in conducting Usability Testing or an Eye Tracking study, Sand Dollar Design can assist. Get in touch with our team of User Research Experts and let’s discuss the most appropriate research to achieve your objectives.

Does your company really need a Mobile App?

Photo by Campaign Creators on Unsplash This is Part 4 in a series of 4, where we explore the usability and patient experience across the websites of the most popular

Photo by Alvaro Reyes on Unsplash This is Part 3 in a series of 4, where we explore the usability and patient experience across the websites of the

PARTNER WITH US TO CREATE SOMETHING TRULY GREAT